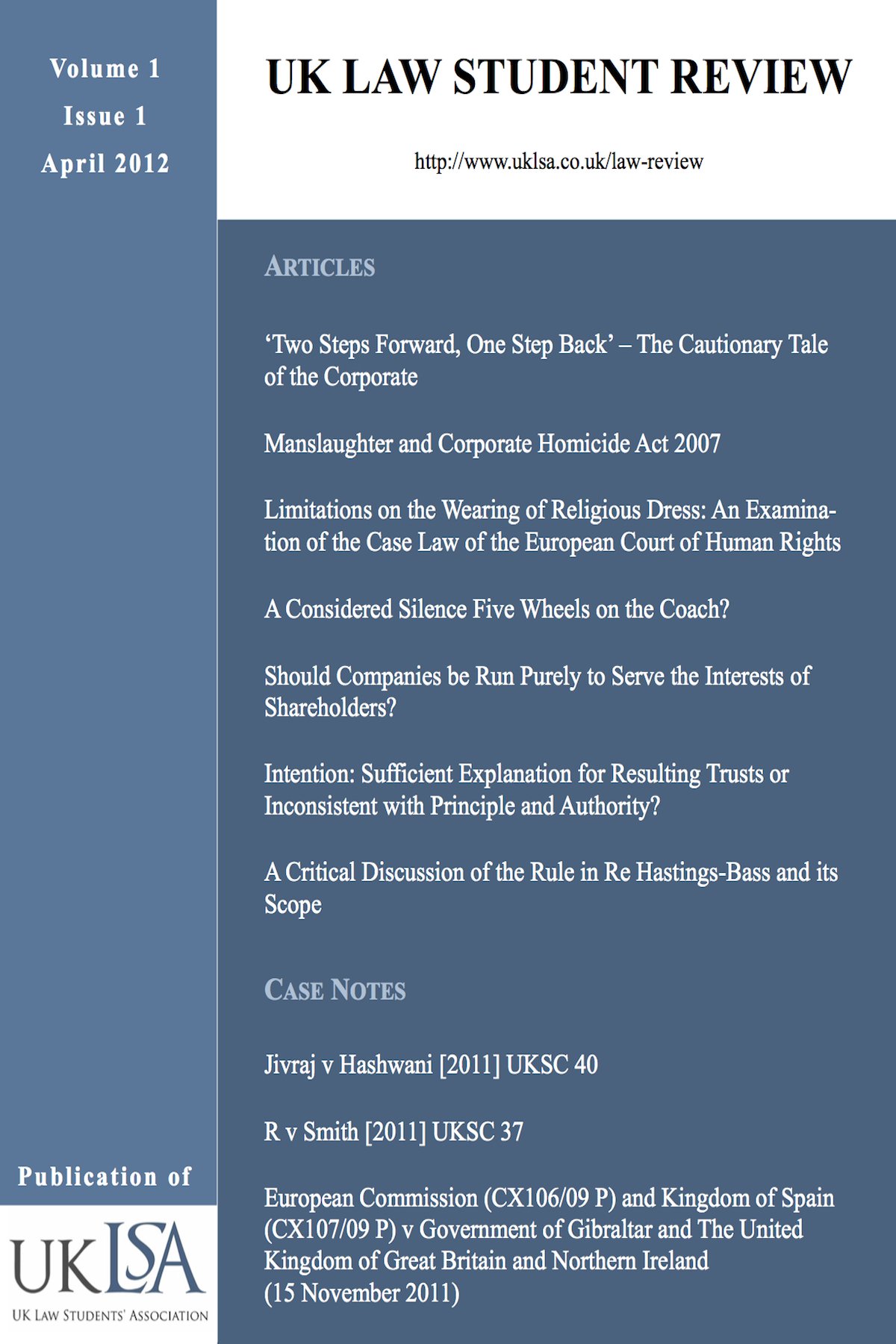 ‘Two Steps Forward, One Step Back’ – The Cautionary Tale of the Corporate Manslaughter and Corporate Homicide Act 2007
Christopher Sargeant

Limitations on the Wearing of Religious Dress: An Examination of the Case Law of the European Court of Human Rights
Keith Golder

Should Companies be Run Purely to Serve the Interests of Shareholders?
Laura Allsop